The more bicycles are used in everyday life, as the cheapest, versatile and environmentally friendly form of transport, the more cyclists around the world try create comfortable and safe conditions for using bikes. In European countries, where there is an equipped bicycle parking near every public place where you can leave your bike, the issue of the safe movement of cyclists has long been closed. There are a lot of bike paths throughout the city, which are separated from highways, allow a person on a bicycle to feel relatively safe and not interfere with pedestrians. In addition to developing the infrastructure of bike paths, children, starting from school, learn traffic rules not only as pedestrians, but also as cyclists, because most of the students abroad ride a bicycle to school. Driving culture and, accordingly, safety techniques are instilled from an early age.

In Ukraine, only in recent years, cycling around the city has become more common, earlier, especially in big cities, it was great as a means of transportation was not very popular. But now it's easier, faster and cheaper to get to work on your bike during rush hour than to get stuck in traffic jams. But unfortunately, we do not have such favorable conditions as in Europe for cyclists yet. Our cyclists are forced to either drive along sidewalks, where they interfere with pedestrians and there is no way to develop a normal speed, or move along the edge of the carriageway. The second option is very dangerous and highly undesirable on many road sections. Often, due to the large number of cars on the roads, the roadside is also occupied entirely by motorists; few people adhere to the minimum distance between the cyclist and the car. And not everyone knows the rules of cycling and whether they follow them.

If you drive a rover on roads, you must follow simple safety rules, so you protect yourself and make life easier for the driver: < / p>

The bike must be equipped with reflectors. White in front, red in the back, orange on the sides on wheels and on pedals, so that in the dark, on a poorly lit road, the driver can see you in advance. For a city where there is a lot of light and lights, this is not enough. It is better to have glowing flashing lights and a flashlight on the bike, because it is flashing the light gets the most attention. Nowadays, lighting sets of a pair of small flashlights that work in several modes and have white and red light are very popular. This is the minimum that is recommended to be installed on the bike in order to simply indicate your dimensions in the dark. You can wear special ribbons that glow brightly in the dark and reflect the light.

It is also worth remembering about personal safety. In any conditions and in any riding style, you cannot do without a helmet. There is no need to talk a lot about how important it is to protect the head. Helmets are different for different sports cycling disciplines. It is not necessary to wear a fullface helmet for city driving, as for extreme rides, but the simplest one is an open helmet or a bowler hat is a must. Riders who practice extreme disciplines like Downhill, Dirt, Enduro use special protection on the torso - "carapace", elbow pads and knee pads. But in everyday driving, no one wears these things.

Let's hope that the slow growth and development of bike paths that are just starting in our country will increase as the number of cyclists grows every day. We definitely need to create conditions for the safety of pedestrians, cyclists and motorists, so that commuting to work around the city does not endanger anyone, but gives pleasure and health. In the meantime, you need to independently take care of the safety of your own and other road users. 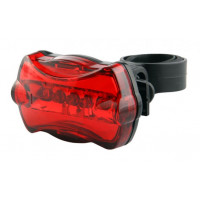 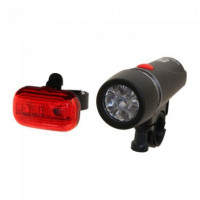 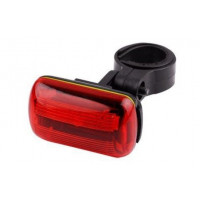 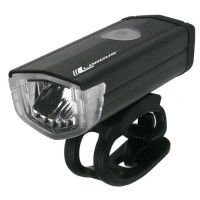 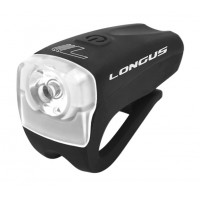 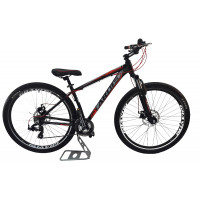 In 2017, the Ardis bicycle factory continues to actively develop bicycle models with new characteristics, in particular, with a large wheel size. Interesting novelties for this year are bikes with 29..
162